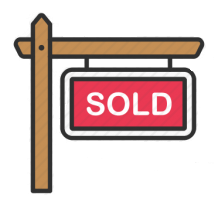 Villa for sale in Crete. This exceptional seafront villa is certainly one of a kind in the area of Apokoronas on western Crete. Right above the water, it could definitely also described as divine.
Standing tall in a plot of 8000m² providing a house of 522m², it is armed with 7 bedrooms, 6 bathrooms and many more spacious rooms but not only. It also consists of a lovely irresistible garden and a private infinity pool of approximately 60m².

Perfectly located close to one of the most popular resorts of Apokoronas but also not far from other traditional villages, the villa is situated right above the sea providing to this hillside perch extraordinary views of the ocean and the mountains.

At the end of a small country road on gorgeous private grounds, this masterpiece of architecture is offering panoramic views of the ocean and the bay and most importantly along with privacy, a feeling of security and serenity.

Standing on an elevated hill, it is undeniable that the combination of the location and the high standards of a quality construction followed by design integrity makes this sublime building stand out with its compelling balance of extravagance and restraint.

From the first steps one takes through the main entrance at the west wing, located on the ground floor, the simplicity is clear.

The decoration is characterized by a clean minimalist interior design, contributing to a stress free environment. Among other things, the ground floor is outfitted with a guest water closet, along with one double bedroom with a bed in the size of 180X200, which also has a private en suite bathroom with a shower.

The main entrance and the room share a terrace that looks straight to the exceptional landscape tempting you to sit and unwind.

On the same floor, you will find the living room supplied with a fireplace, which only adds to the romantic atmosphere, achieved by the calming neutral colours used on the furniture as well as the walls, in which stone has also been perfectly integrated in its natural colour. The living room as well accesses a balcony with view to the blue-green ocean and the extraordinary scenery.

Going on with your exploring, you will find the open plan kitchen and dining room which is located on the east wing, outfitted with two sinks, and two dishwashers, which has also been enriched with the same light and calming colours, welcoming you, your family and maybe your friends to boost your appetite, and since wine suites the atmosphere, this kitchen is also armed with a wine-fridge, and of course a pantry.

The capacious dining room also armed with a fireplace, seats up to 14 people, while as a bonus, a pergola covers the outdoor lounge so that you can enjoy it all year round and leads you to the pool and garden area offering you inviting outdoor spaces for sunbathing, dining and definitely lounging.

In addition, a hallway that starts from the kitchen takes you to the outdoor dining area with a BBQ, waiting for the sunny Sundays with family and friends as well as one double bedroom with a bed in the size of 180X200 and that one too has a private en suite bathroom with a shower.

That bathroom also holds the second washing machine that the house provides. It should also be mentioned that this bedroom has large floor to ceiling sliding doors that take you to a terrace also covered, right next to the outdoor dining area.

Going up to the first floor, the minimalistic but yet prestigious atmosphere continues. It has also been armed with one double bedroom with a bed in the size of 180X200, which that as well has its own private bathroom with its shower and bathtub, a spacious wardrobe area and a balcony to the incredible spectacle which can be also accessed by a hallway, but apart from that it also takes you to the south courtyard which is totally open to the landscape.

The villa is in impeccable condition and built with the highest specifications, with comfortable, lovely interiors and emphasis given to the excellent new beds as well as new sun-beds, parasols, and other new furniture. In total, the living area of the villa is 400 m2 plus balconies and terraces. All rooms have air-con units, and most rooms, along with the outdoor lounge are also suited with ceiling fans.

On the outdoor space, a gated entrance leads to the parking area large enough for 4-6 cars is on the lower level of the property and includes a carport for 3 cars. From this level there is a path leading to the pool and lawn area, as well as a staircase leading to the main entrance on the ground floor level. This lower level also accesses the basement of the villa which is locked off and not included in the rental area.

The infinity pool and large lawn are located on the ground floor level and have exceptional views to the bay of the resort of Apokoronas and Souda Bay.

Boundless and entirely open to the breathtaking landscape, as well as the Akrotiri peninsula on the north, and the magnificent White Mountains towards the west and south.

On the same level there is also the outdoor dining area and the outdoor pergola covered lounge. The southern part of the property is untouched and closed off providing adequate distance from the nearest neighborhoods.

Apokoronas is a region which extends to the northeastern part of the prefecture of Chania, by the foothills of the White Mountains to the north coast of Crete. It is characterized by the green hills and the fertile tracts of land, due to the abundance of water coming from the mountains, creating the only natural lake of Crete, as well as rivers which run through the region, before finding their way out to the sea.

The area is very green and fertile, unusual for rocky Crete. The Kiliaris river, known in antiquity as ‘Pyknos’, runs through the region. Robert Pashley suggested that the name ‘Apokoronas’ came from the ancient city of Ippokoronas or Ippokoronion, also cited by Strabo. This city may have been located near modern Nipos, or on the site of the Venetian fortress, Castel Apicorono, on an outcrop between Kalyves and Almyrida.

The major towns of Apokoronas are Vamos, Armenoi and Vryses, with police, municipal and utility offices as well as taverns and large churches; Kalyves, Almyrida and Georgioupoli are the largest beach resorts. Tourism and agriculture are the major local industries, with much construction and quarrying to satisfy the demands of many foreigners eager to buy or rent properties in what used to be beautiful and traditional villages. Gavalohori is among the more popular villages for foreign buyers, with a large amount of often low-quality building taking place. Many residents or workers in Chania also have homes in the area.
1.600.000€
(+30) 28210-56600